Is Depreciation an Expense? 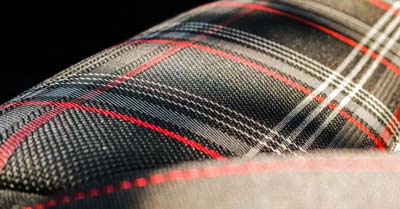 Depreciation is an operating expense found on the income statement but is uniquely different from other expenses because it is considered noncash.

Depreciation is an operating expense found on the income statement but is uniquely different from other expenses because it is considered noncash. This means no money was spent to incur the expense.

This idea of an expense without spending money isn’t completely accurate so keep reading to understand the complexities of depreciation.

Depreciation is a component of almost every business. It is an operating expense. It is a debit on the income statement. And, it is tax deductible. If the IRS recognizes depreciation, then it must be a legitimate expense.

Depreciation is the periodic expensing of certain types of assets such as:

Depreciable assets are called fixed assets. Each of these assets has value, is purchased with money, and is expensed over time as the asset is used or worn out. So, in this sense, depreciation is a cash outflow, but the expense on the income statement does not match the timing of the cash outflow.

The theory is, an asset loses value over time as it is used. Depreciation represents the estimated cost of that usage.

Why is depreciation an expense?

Depreciation is rightly categorized as an expense because it relates to the partial cost of an asset used during the year.

Company XYZ purchased a new desktop computer for $900 on January 1, 20xx. The estimated life of the computer is 3 years. Since the computer is a depreciable asset the entry to record the purchase of the asset is as follows:

Since the computer has a 3-year life, it needs to be expensed over the 3 years. Each year the following entry would be made to recognize the expense:

Using a straight-line method of depreciation, the depreciation calculation per is $900 / 3 years = $300

How do you calculate depreciation?

There are 3 methods of depreciation.

Is the simplest method and evenly spreads the depreciation over the life of the asset? Straight-line depreciation is calculated by taking the asset value divided by the asset life. This produces an equal amount to depreciate each year. Asset life is a set time frame based on the type of asset. Here are some examples.

Straight-line depreciation is the typical method used for accounting purposes or book purposes. The IRS allows other accelerated depreciation methods to reduce tax exposure and these will be discussed below.

Assuming the same example above if a vehicle is purchased for $25,000 with a 5-year life and a declining rate of 30% depreciation for each year would be as follows:

3. Sum of the Years’ Digits Depreciation

Can all assets be depreciated?

No, only assets that lose their value can be depreciated. Assets such as land, collectible art, coins or memorabilia typically increase in value therefore are not depreciated.

When do I start depreciating an asset?

Assets that have a life longer than 1 year should begin depreciation in the year acquired.

XYZ company purchased a computer in October for $900. The computer has a 3-year life and you depreciate using the straight-line method. Under this scenario you would record 3 months’ worth of depreciation in the current year since the asset was in operation for 3 months (Oct/Nov/Dec).

Many companies set fixed asset thresholds for depreciation. In other words, any asset under $500 is immediately expense rather than treated as an asset and depreciated.

How do I track depreciable assets?

This report should match the asset value listed on your balance sheet for each type of asset.

Charles has spent 25 plus years in the world of accounting and business. His experience includes working as a CPA/Auditor international accounting firms. He has worked as a controller and as a COO for small to medium sized companies.

Ready to learn?
Learn Now
Subscribe to our
newsletter
Thank you! Your submission has been received!
Oops! Something went wrong while submitting the form.
Learn Accounting
Payroll
Employment
Debits and Credits
Balance
Chart of Accounts
Software
Education
Accounting
Accounts Payable
Accounts Receivable
About
Our Story
Help
Contact Us
Terms of UseDisclaimerPrivacy PolicySitemapFacebookPinterest
(844) 430-ACCT

AccountingSmarts.com participates in the Amazon Services LLC Associates Program, which is an affiliate advertising program created to provide a means for websites like ours to earn commission by advertising and linking to Amazon. This site also chooses to participate in other affiliate programs such as ShareASale, CommissionJunction, ClickBank and more, and is compensated for referring our audience to these companies.

You can email us at contact@accountingsmarts.com