How to Calculate Accounts Receivable on Balance Sheet 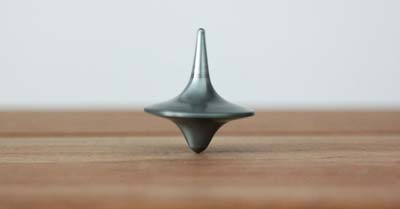 Calculating accounts receivable on the balance sheet is not a formula, rather it is the sum of all unpaid credit invoices that have been issued to customers.

Next to cash, accounts receivable is the most important number on the balance sheet.  It is the quickest asset to convert to cash; therefore, deserves focused attention.

Calculating accounts receivable on the balance sheet is not a formula, rather it is the sum of all unpaid credit invoices that have been issued to customers.  Another way to state this is, accounts receivable represents the unpaid total sales of product or services extended to customers on credit.  It is the life blood of the company because it dramatically affects cash flow.

The accounts receivable ledger total and the balance sheet total must match.

Gross vs net accounts receivables:  what is the difference?

Net accounts receivables likely needs more explanation.  Anytime you sell on credit, there is a risk a customer will not pay for the goods or services you delivered.  Reasons may include bankruptcy, poor cash flow, or dishonesty.

This uncollectible amount is often termed “Allowance for Doubtful Accounts”.  It is the accounting method used to track estimated amounts that are likely uncollectible.  It is called a contra account because it reduces another account, in this case accounts receivable.

If you suspect an account or an invoice will not be paid, after multiple attempts to collect, you would make a journal entry to record this amount in the allowance for doubtful accounts.  You are not actually removing the invoice from accounts receivable; you are just tracking the amount that will not be collected so you can easily identify true accounts receivable.

The journal entry to record the allowance for doubtful accounts is as follows:

Notice that you are recognizing an expense at this point (bad debt expense) which is an income statement account that reduces net income.  If at any point you decide the uncollectible invoice is for sure not going to be collected you would then remove it from your accounts receivable and allowance for doubtful accounts by making the following journal entry:

What are the three classifications of receivables?

The primary difference between the 3 classifications of receivables is:  timing.

What is the difference between current and noncurrent assets?

As we discussed the three classifications of receivables above some mention was made of timing.

Accounts receivable will ALWAYS be classified as current as they should be collected in 30-60 days.

Here is a snapshot of a balance sheet for you to visualize:

Charles has spent 25 plus years in the world of accounting and business. His experience includes working as a CPA/Auditor international accounting firms. He has worked as a controller and as a COO for small to medium sized companies.

Ready to learn?
Learn Now
Subscribe to our
newsletter
Thank you! Your submission has been received!
Oops! Something went wrong while submitting the form.
Learn Accounting
Payroll
Employment
Debits and Credits
Balance
Chart of Accounts
Software
Education
Accounting
Accounts Payable
Accounts Receivable
About
Our Story
Help
Contact Us
Terms of UseDisclaimerPrivacy PolicySitemapFacebookPinterest
(844) 430-ACCT

AccountingSmarts.com participates in the Amazon Services LLC Associates Program, which is an affiliate advertising program created to provide a means for websites like ours to earn commission by advertising and linking to Amazon. This site also chooses to participate in other affiliate programs such as ShareASale, CommissionJunction, ClickBank and more, and is compensated for referring our audience to these companies.

You can email us at contact@accountingsmarts.com